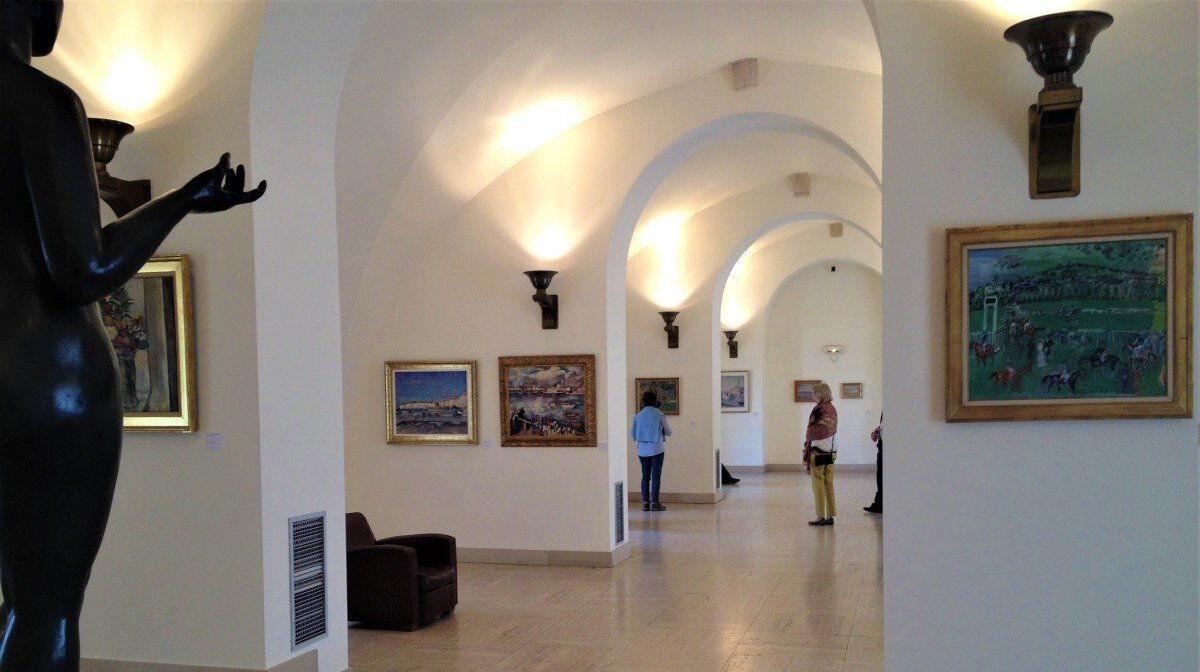 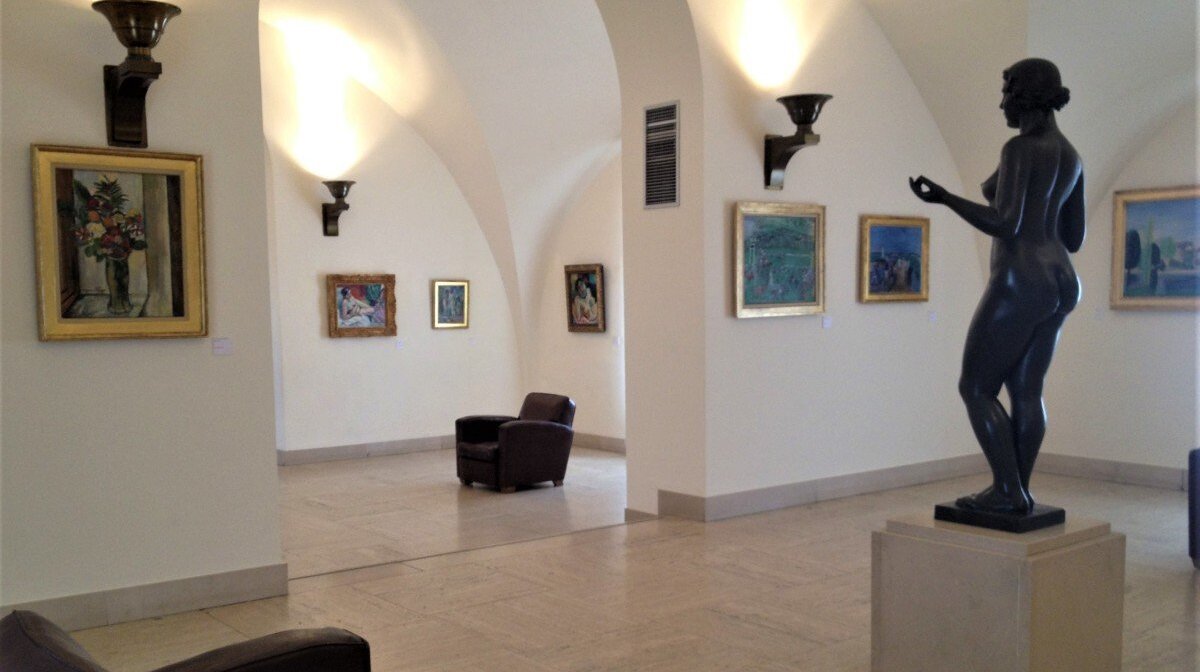 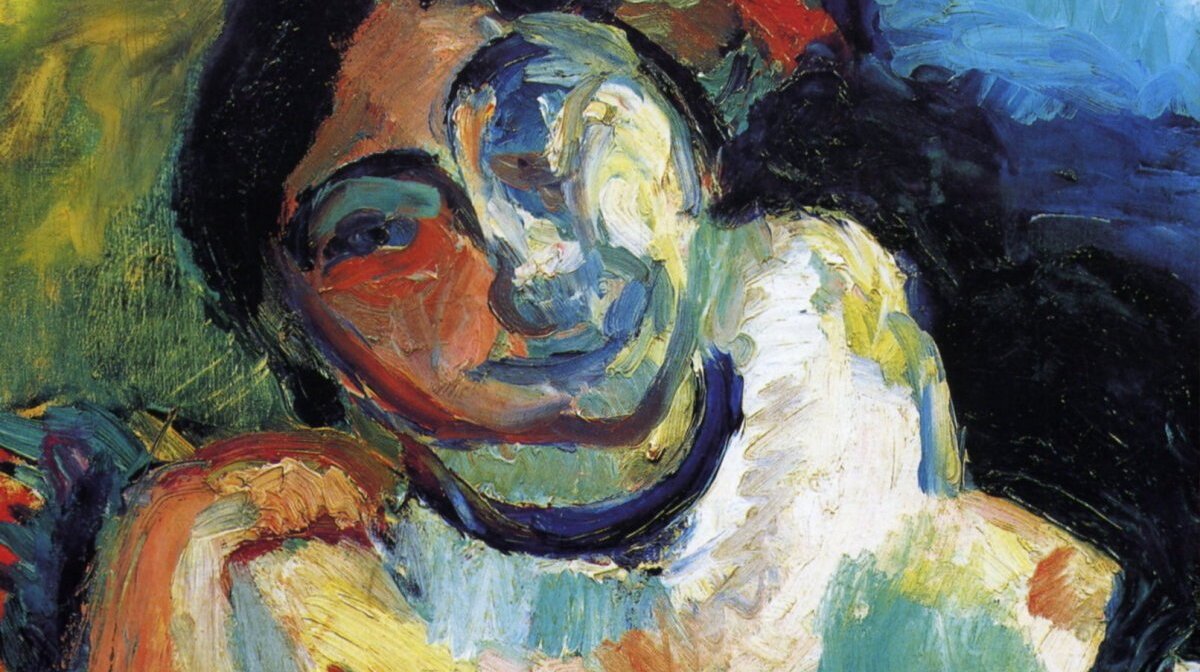 a close up of a painting by henri matisse

The Annonciade museum was created in 1922 inside a pretty 16th-century chapel by the port in the heart of Saint Tropez and houses some beautiful examples of work by the French masters such as Signac, Matisse, Bonnard and Seurat.

I visited the Musee de l'Annoncaide on a cloudy day in April, and in trying to escape the grey skies I discovered the Gulf of Saint Tropez in a totally different light; that expressed by the painters of the region. The Mediterranean light, the cool azures of the water and the warm colours of Provence have attracted many artists over the years and in fact Saint Tropez was one of the most active centres of the avant-garde movement in the early 20th-century, thanks to Paul Signac.

Signac was a French Neo-Impressionist painter who was inspired by Claude Monet and Georges Seurat, and alongside Seurat helped to develop the Pointillist style. It was in 1892 that he discovered this charming little fishing port as he sailed around the coastlines of Europe, painting landscapes, aboard his yacht Olympia.

It is here in the art gallery of the Musee de l'Annonciade that we can enjoy several examples of the stunning work he created of the landscapes around the port and hills of Saint Tropez, works filled with light and colour. Alongside works by his contemporaries Georges Seurat and Georges Braques, Albert Marquet, Pierre Bonnard and many more, this small chapel-come-gallery houses a very impressive collection of modern art.

The space inside the museum is beautiful in itself. It would be hard to image a better space for these beautiful works but the whitewashed walls and high ceilings offer the perfect backdrop. As I entered the main room I was struck with the size of it, and although I knew it had once been a chapel, it somehow transported me back to the museums and galleries of my youth that I would visit on a regular basis and come to the works as old friends. As I instantly recognised some of the more famous works in the Musee l'Annonciade I felt privileged to see them in their full glory and to be able to take some time to admire and appreciate them.

There were further gallery spaces upstairs offering yet more pieces of art that depicted the pretty port and countryside of Saint Tropez and several sculptures. I was pleased here to find a few comfy leather seats where I could sit and enjoy the work around me at my own pace. Although I am passionate about art and about painting in particular I think that this museum would appeal to a much a larger audience that just those in the art community. The work is representative of the artists' study of colour and light as well as shape. The whole collection is composed paintings essentially belonging to the pointillist, Nabis and Fauvist movements.

Downstairs once again and I found a smaller gallery off to the right that included 'The Gitane' by Henri Matisse, one of the most famous paintings in the museum and one of the most important Fauve works of Matisse preserved in France.

I spent several hours in the gallery and would happily have returned for another few if time had permitted. I imagine that in the heat of the long summer days the cool interior of the museum offers a welcome relief to tourists who can shelter from the strong sunshine and nurture their souls at the same time. The Musee de l'Annonciade is open daily from Tuesday to Sunday from 10:00 until 12:00 and again in the afternoon from 14:00 until 18:00.

You are not allowed to take any photographs within the museum (although I naughtily snuck a few interior shots on my phone...) which means that you have to make do with committing the works to memory and enjoying the pleasure of them in the moment - or buying a few postcards from the small gift shop before you leave!