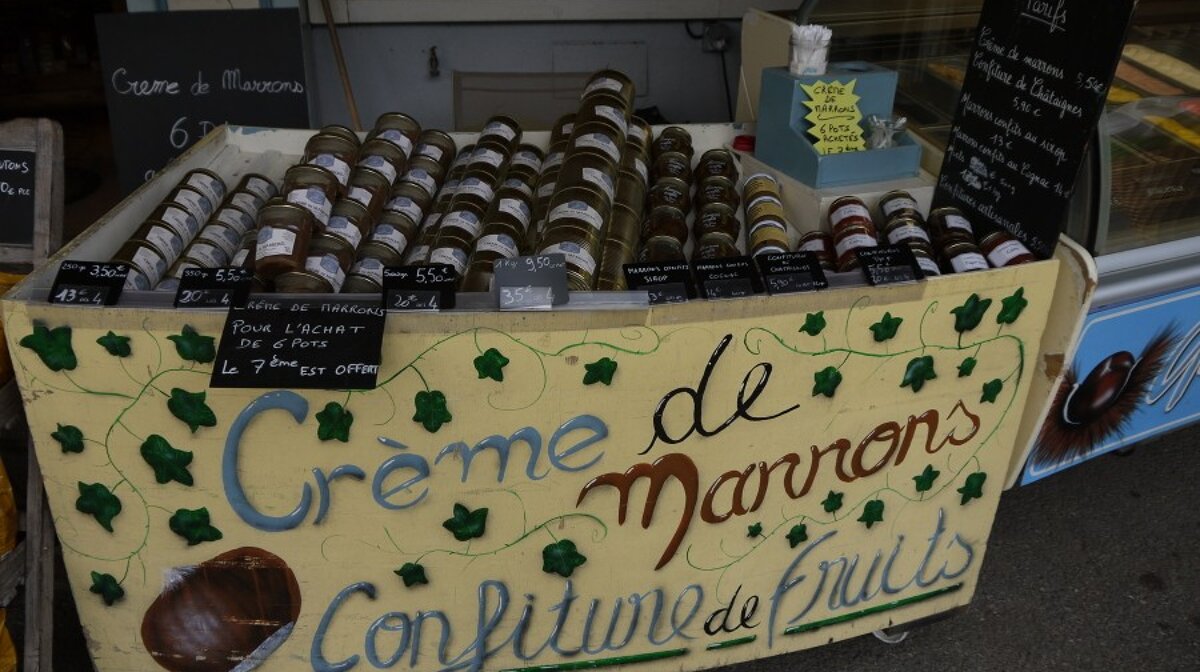 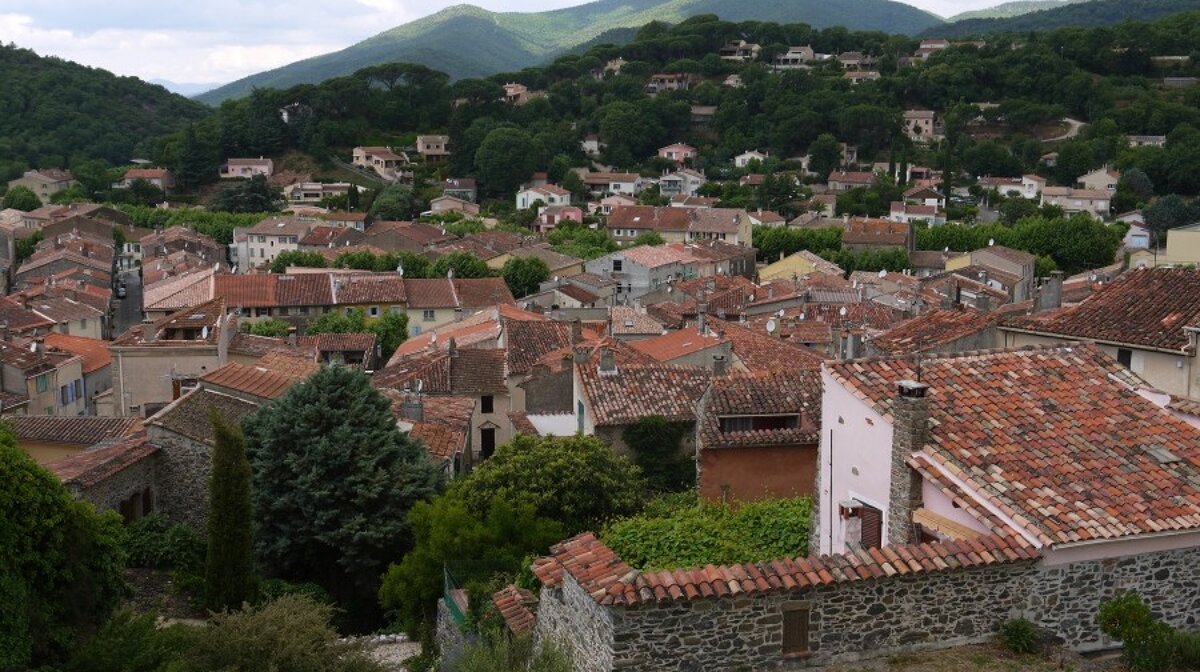 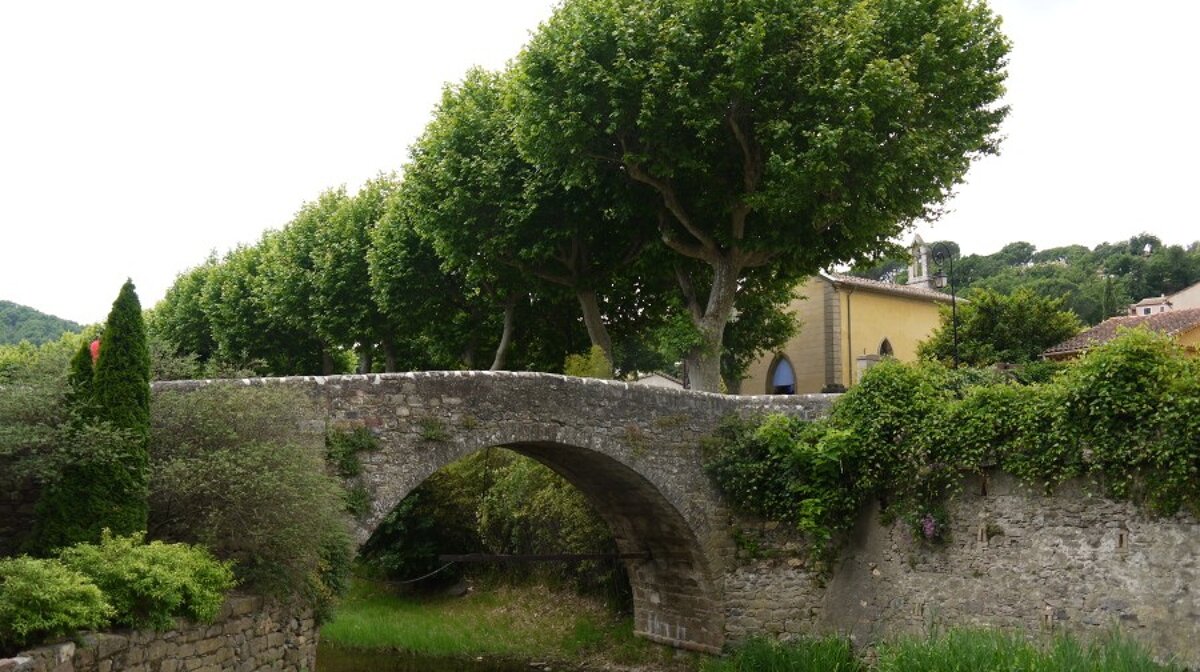 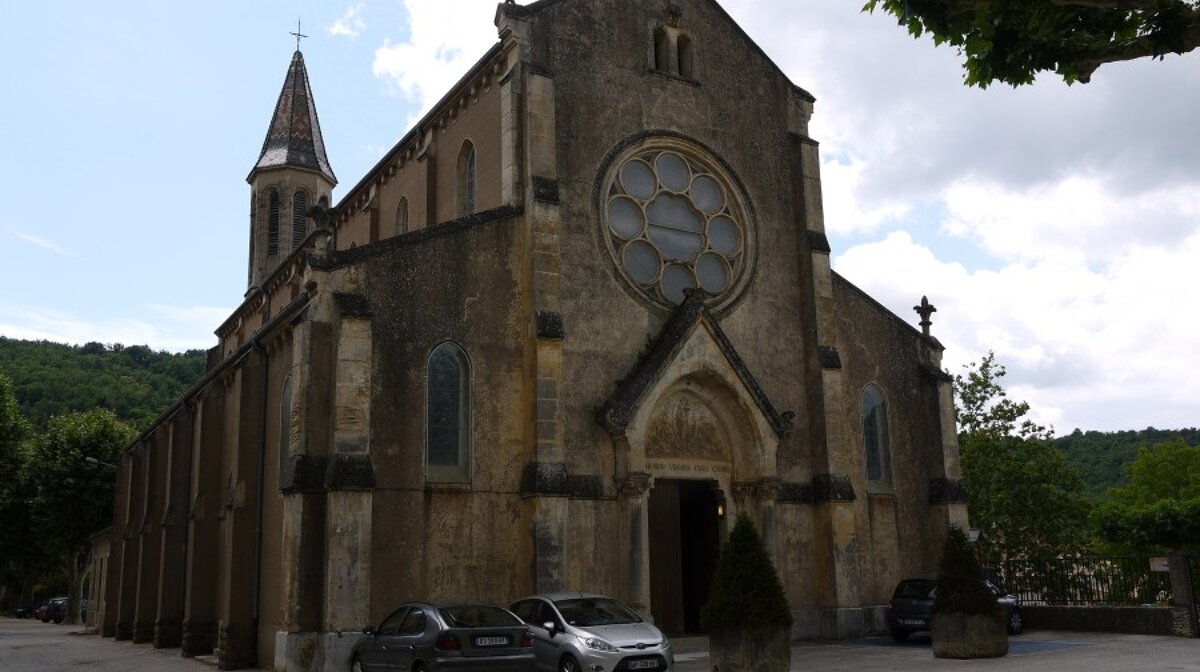 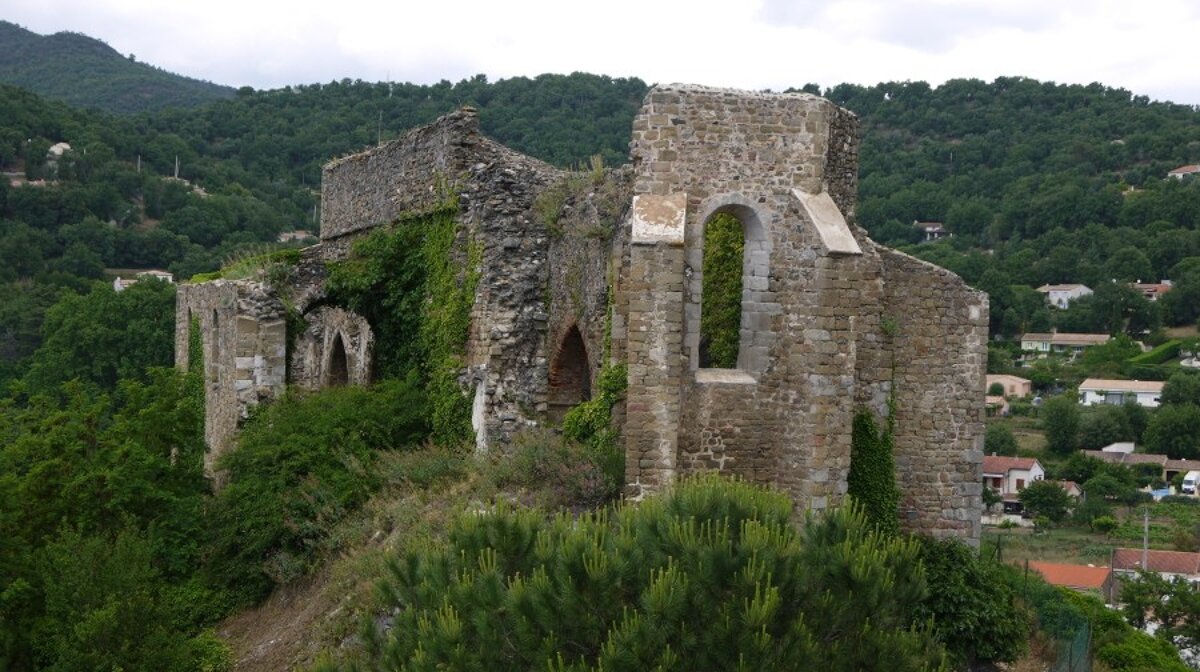 Famous for it's horse-chestnut trees, Collobrieres is a pretty medieval village in the hills of the Massif des Maures.

There is a pretty river running right through the town spanned by a 12th century stone bridge, and a wide, shady boulevard with a big town square. Along with chestnut flavoured everything (from ice cream to soup), the town also has a thriving cork industry, harvested from the cork oak trees that grow in the surrounding hills. This is a very pleasant town far away from the crowds and heat of the Riviera.

Its main street is lined by Plane trees, shading the cobble-stoned sidewalks. Along them you'll find a couple of touristy shops and some attractive restaurants. In the square before the town hall resides a funky fountain, topped with a bronze cherub. In his arms he holds a fish that spouts water down to the basin. Every year, on August 15, Collobrières celebrates the construction of this fountain, when on that day its water changes into wine...

It's not the changing of water into wine, that gives the village its notoriety. It's the abundance of chestnut trees and their fruit. With La Garde-Freinet, Collobrières vies for the chestnut capital of the region. Both villages have their chestnut festivals in October. When the one village extended the festival to a second weekend, the other one followed toute de suite.

If you like chestnuts, in whatever form, the Maison des Marrons has a small museum next to it, where you can explore the makings of such sweet delicacies as marrons glacés. In the shop they sell chestnuts in every form: preserves, paste, and above all (recommended) ice cream.

Collobrieres has some nice restaurants and shady pavement cafes, mostly specialising in Provencal food. Notre Dame is a good restaurant with an outdoor pool setting, and La Fontaine is a wonderful little place offering traditional French food. Meanwhile, for unforgettable rustic charm head up the hill to La ferme de peigros- a working farm restaurant with stunning mountain views and warm hospitality. For Michelin star dining, drive 6 miles to the village of Bormes-les-Mimosas or to Saint Tropez.

The gothic church at gothic Notre-Dame des Victoires is worth seeing, as well as the Pont Raoul Calvi, a 12th-century stone bridge spanning the Real Collobriere River. There are several pretty fountains including the 'boy with fish' fountain in the square.

The Medieval monastery, Chartreuse de la Verne is worth a visit or even just a wander about in the area, admire the ancient chestnut trees, the stunning views and be amazed that, 900 years ago, monks would establish themselves here. Today, it is such an isolated location. Imagine what it must have been in their times.

Things to Do in Collobrieres

Outside the village, you find a wonder of nature trails. For lovers of hiking this is a paradise. Even by car, you will be impressed by the wild, and for the most part uninhabited Massif des Maures, the mountainous forest range around Collobrières.

This is wonderful hiking and cycling country- the forested hills of the Maures are riddled with tracks for hiking, mountain-biking, hunting and horse-riding, while the winding road is very popular with road-cyclists. Collobrieres is the perfect jumping off point into the forests of the Maures. Three popular long hikes are to the Notre Dame des Anges, the Plateau Lambert and the Chartreuse de la Verne, while Collobrieres also connects with long-range hiking trails GR90 adn GR51 nearby.

Collobrieres is a lovely medieval town deep in the thickly forested hills of the Massif des Maures. It's not well-connected by public transport though, so those without a car will have to rely on the very infrequent buses running from Toulon.

The easiest access to the village is from the west, from Pierrefeu. But then you would miss the best of the region. Instead, you could take the D14 road from the east, from Grimaud. A dramatic road, with just enough space for cars to pass and some steep ravines to your left. But this road gives you an overwhelming view of the Maures. Some 10 miles before the village, you may catch a glimpse - high up - of the Medieval monastery, Chartreuse de la Verne. If time permits, take the road up to the monastery. The buildings themselves are still under reconstruction. Through the ages, the monastery was burnt down, pilfered, abandoned and (in the 1950's) re-inhabited by the nuns' order of Bethléem.