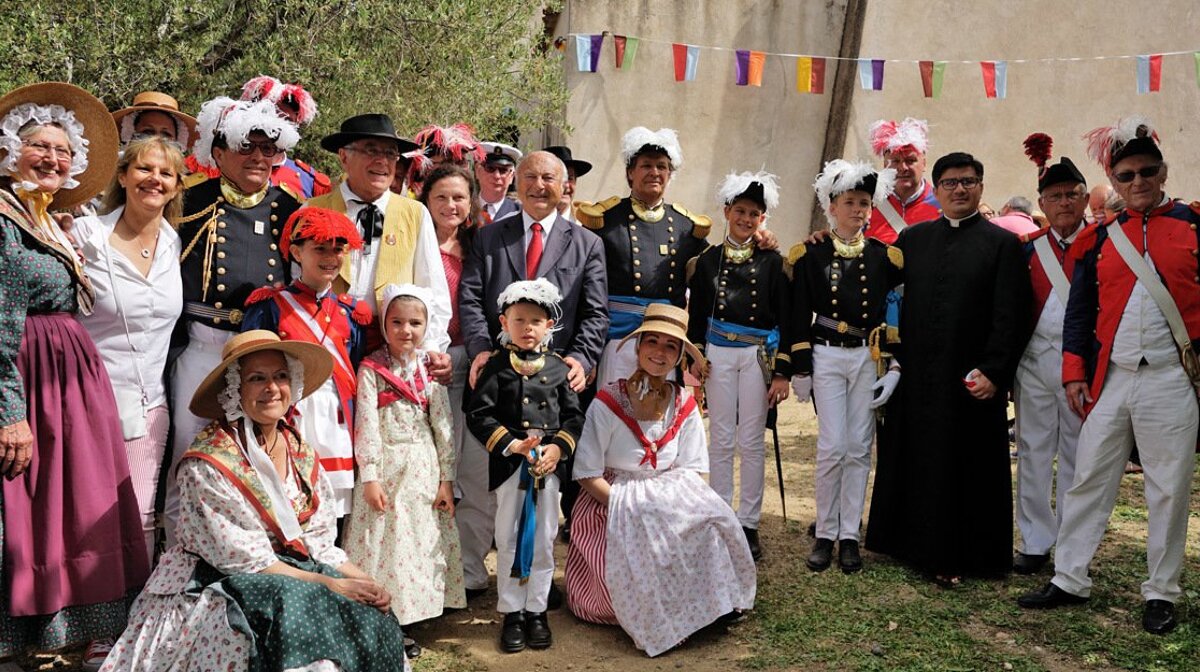 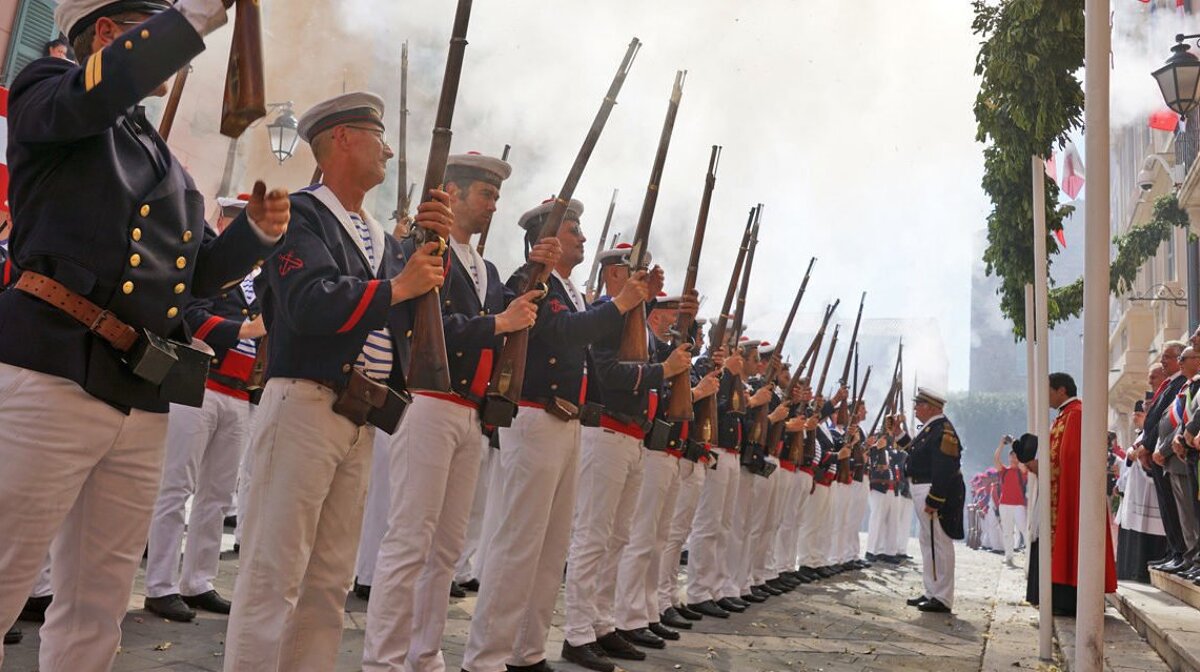 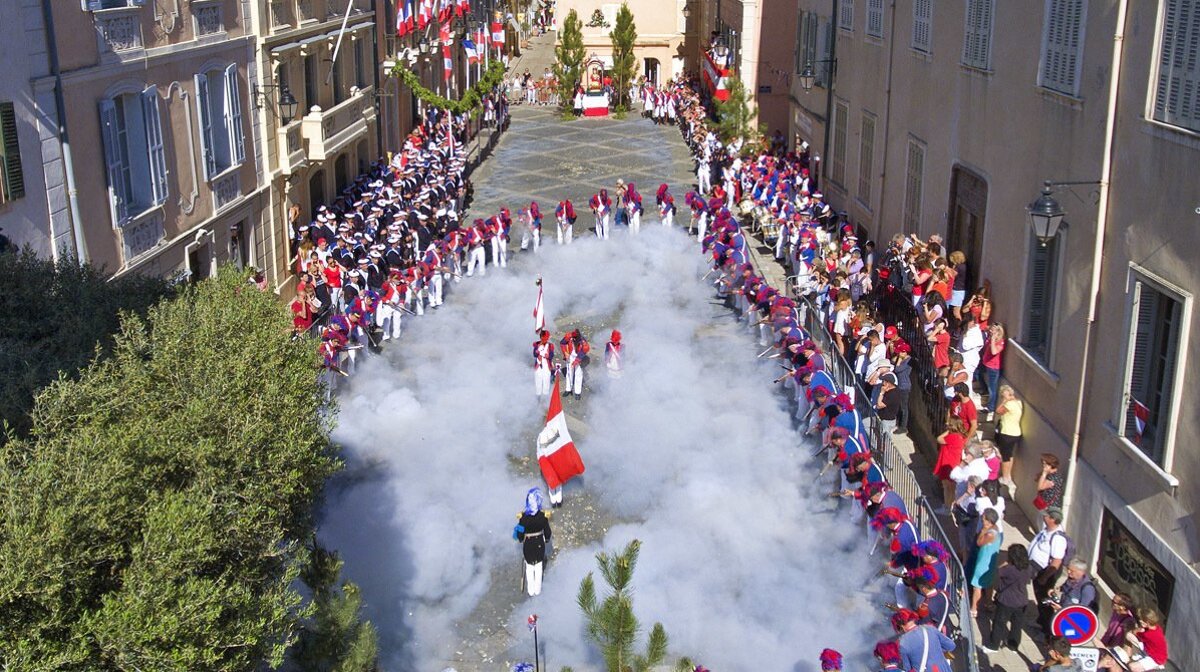 Les Bravades is a very long-standing traditional festival which happens annually in May to celebrate the Patron Saint of Saint-Tropez.

It also celebrates the formation of the army created in the mid 16th century. Expect traditional music, dancing, food and drinking plus stalls and parades in the street.

Saint-Tropez is dressed in white and red, the colours of the Pirate City, to applaud its military. They remind everyone that the inhabitants of the city were always ready to take up arms to defend themselves against Barbarians and those who threatened the peace and prosperity of their city. Every year, fifes and drums precede the sailors and other Musketeers in a peaceful parade.

Proud locals dress up in empire uniforms, fire off muskets and march with the band. The ‘real’ Saint-Tropez behind the glitz, this is the most culturally important festival in Saint-Tropez and is a huge local favourite.

In the year 68AD, the knight Torpes (Saint-Tropez of Pisa) converted to christianity, annoyed Nero by doing so, who had him beheaded forthwith. His body ran aground on the shores of Heraclea (former name of Saint-Tropez, derived from Torpes) on 17th May.

Conversely in the times of pirates and bucaneers, pirates scoured the Mediterranean coastlines, and it was necessary for a town to have a war chief - the leader of the local militia - who could defend it. Every Easter Monday since 1558, the town council has elected this 'chief', aka town captain. For many years these men and their militia ensured local defences against the many attacks from within and without. Once Saint-Tropez had a royal garrison installed at the citadel, it no longer required this militia, and so the people kept the arms to honour their patron saint, and every 17th May the city captain would continue to lead the bravade.

Since then, the inhabitants of Saint-Tropez have continued to don their soldiers' and sailors' uniforms and sound their guns in honour of the saint.

Whilst only members of Tropezian families are allowed to hold the office of 'city captain', the current major is a sculptor from Cannes. Go figure...

May
17
Wednesday
All day
Ad
Ad