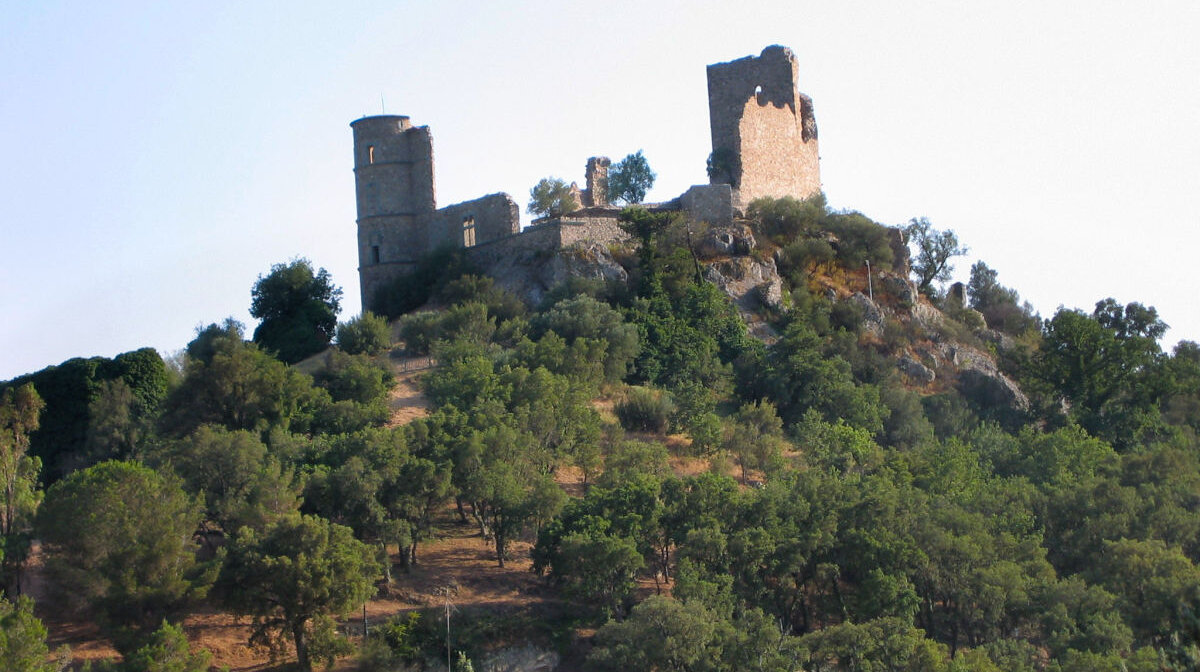 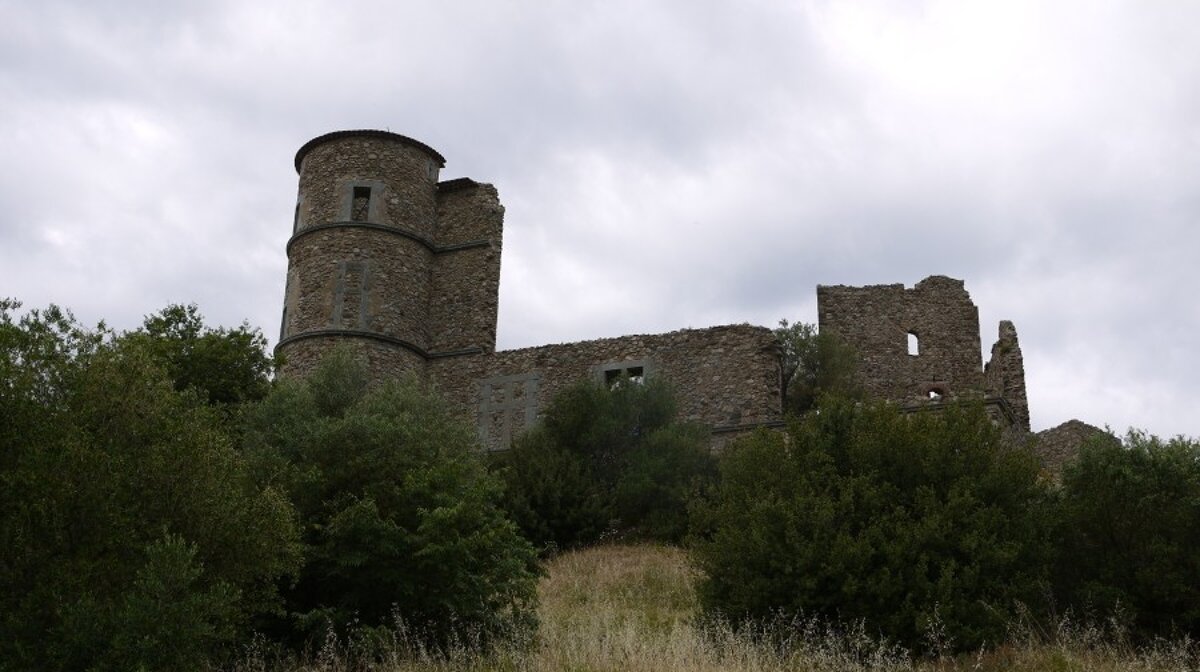 Situated on a hilltop dominating the town, this medieval castle boasts absolutely breathtaking panoramic views over the Maures massif and the Saint Tropez gulf.

The fist mentions of the castle and the town of Grimaud date back to the 11th century. Although the castle was built at the end of the 12th century, the enclosing fortified walls and rampart were added in the late 13th century to accommodate and protect the expanding village. It belonged to the Counts of Provence at this point in time.

In the 14th and 15th century, it passed onto the hands of the Adorne family first, and then the Cossa family who converted the ground floor of the tower into a cistern. During the 17th and 18th centuries, is was enlarged adding two towers with green serpentine stone frames.

The castle was then destroyed and abandoned after the French Revolution, when the Castellane family fled to Nice. Today only one vaulted room remains more or less intact.

It is definitely worth a visit especially nowadays during the summer when concerts are organised within its walls. You can see the perfectly preserved rampart, a listed monument since 1996, as well as the wonderful views over the coastline of Saint Tropez.