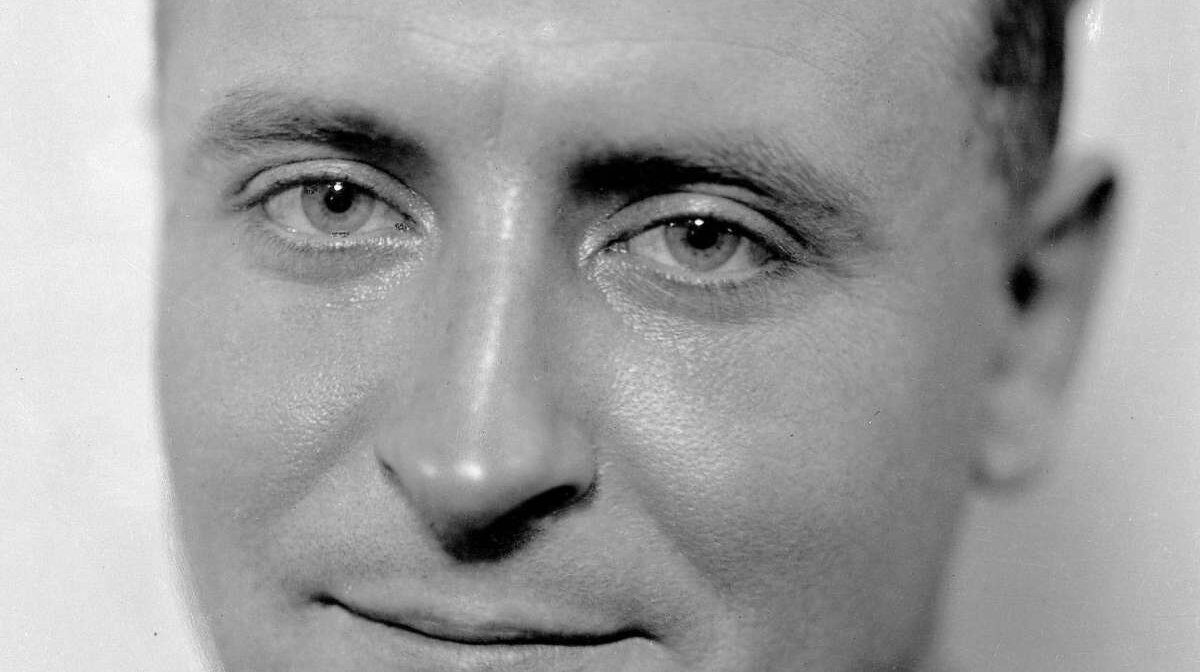 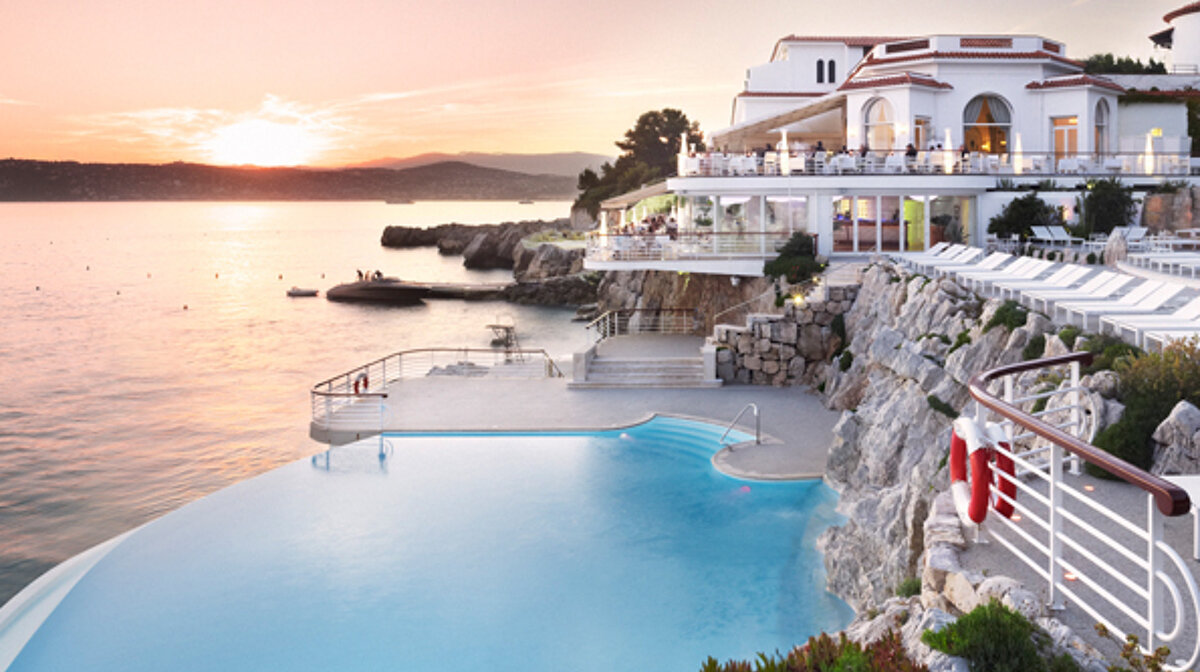 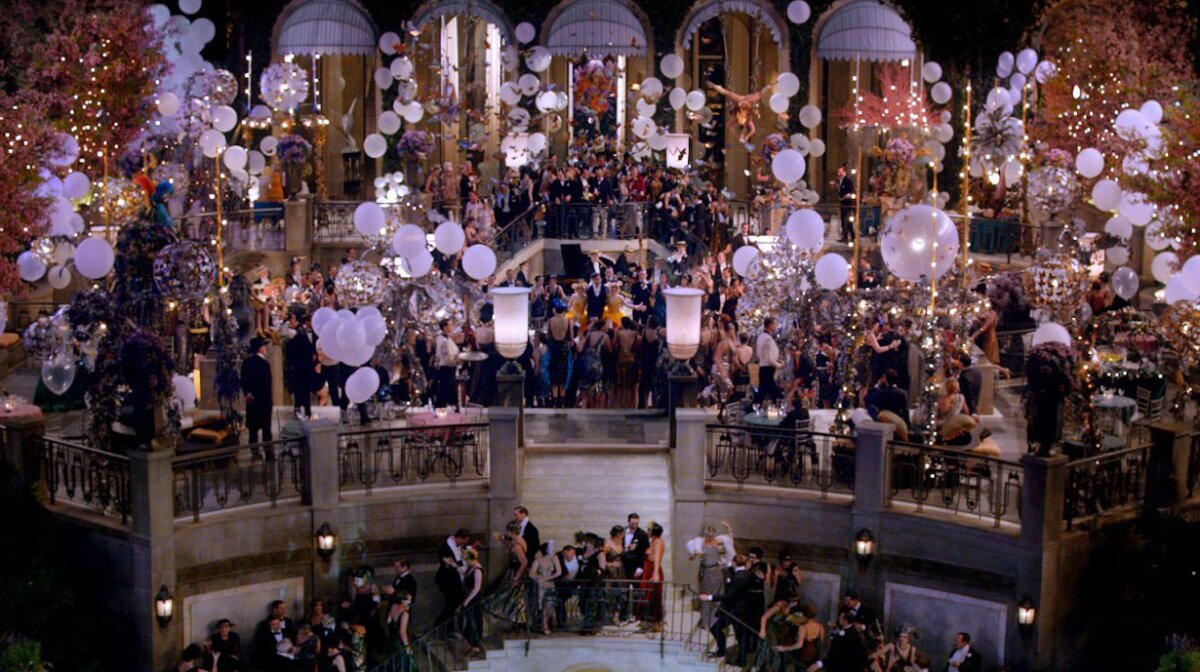 The set of the film The Great Gatsby

F. Scott Fitzgerald wrote the famous novel The Great Gatsby while living on the French Riviera, and when the film version premiered to a red carpet audience at the Cannes Film Festival in 2013, the story had in some ways come back to its spiritual home.

The novel itself may have been set in America, but the post-war themes of immense wealth and corrupted glamour- of tragedy and beauty, boredom and thwarted love- were common to the social scene of the Cote d’Azur of the time, and no doubt Fitzgerald drew some inspiration for his masterpiece from the high society he mingled with on the Riviera.

Fitzgerald arrived on the Cote d’Azur with his mentally troubled wife Zelda in 1925, at the time when the South of France was just beginning to draw a well-heeled summer crowd. In fact, the Hotel du Cap Eden Roc on Cap d’Antibes, now one of the world’s great celebrity hotels, kept a wing of the hotel open for the Fitzgeralds past April when the rest of the hotel was shuttered up, with the more traditional guests departing for the cooler climes before the hot days of summer arrived. The Murphys, friends of the Fitzgeralds, are in fact credited with the birth of the Cap d’Antibes as a summer social destination, and cleared the beach at La Garoupe of seaweed and rocks in order to make it a little playground for the wealthy. It worked; artists and the well heeled flocked to the South of France to summer on Cap d’Antibes, including Picasso, Hemingway, Rudolph Valentino and Harpo Marx.

It was a time of wild parties and hedonism, the grim memories of the war years buried in fountains of champagne and hot sleepless nights of dancing and sex and intrigues under the pines. Fitzgerald’s writing perfectly captures the dark seductions and temptations of the flesh that so characterise the French Riviera, as well as the almost mystic light and beauty of the region.

“In the early morning the distant image of Cannes, the pink and cream of early fortifications, and the purple Alp that bounded Italy, were cast across the water and lay quavering in the ripples and rings sent up by sea-plants through the clear shallows.”

F.Scott Fitzgerald and his wife returned to the Riviera for two seasons, living in Valescure, before his discovery of his wife’s affair led them to move away to Rome and finally back to America. Fitzgerald’s novel Tender is the Night was set in the 1920’s on the Riviera- the Jazz Age- and has many overwhelming parallels with the world the Fitzgeralds lived amongst. The novel charts the disintegrating relationship between a husband and wife that most commentators take to be a thinly veiled account of Fitzgerald’s own problems with his schizophrenic wife. In another telling similarity, the fictional couple he creates in the novel also convince a hotel on Cap d’Antibes to stay open past April for a summer of glittering parties and wild abandon. Authors are always told to ‘write what you know’, and in conjuring up the darkness and light of the Riviera F.Scott Fitzgerald certainly did that- and in a way that still rings true today.