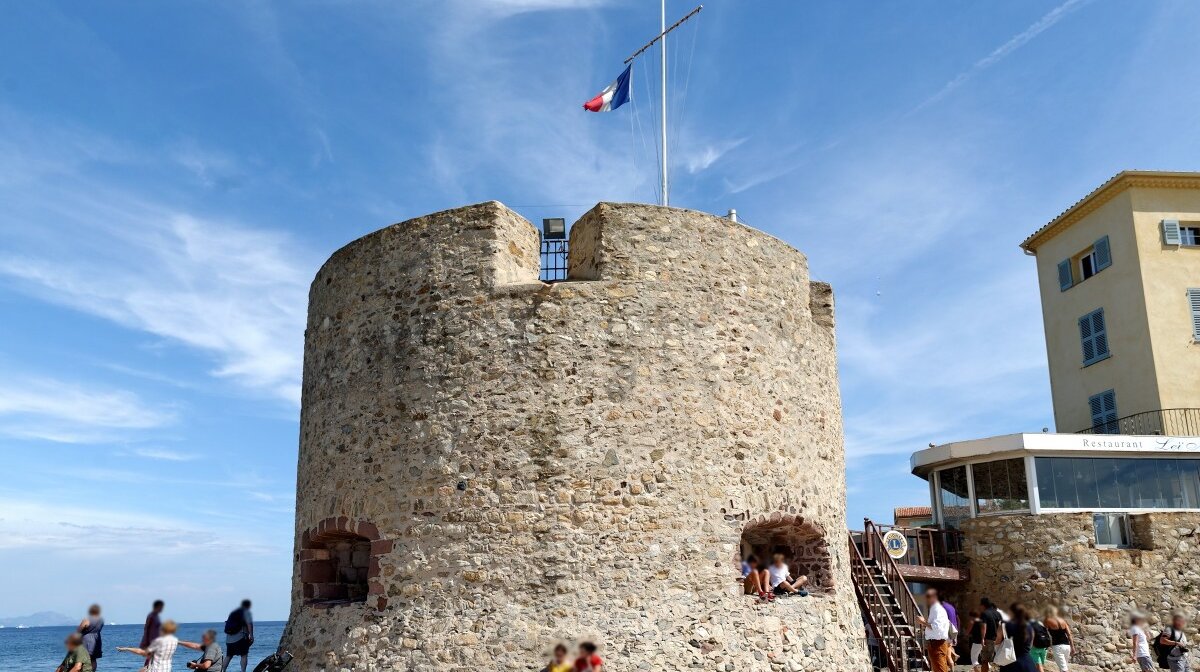 As a result of being a coastal town and needing to protect itself from attack, St Tropez became well-fortified early on in its history. You can now visit three towers scattered across the city's coastline.

Originally, four towers were built to protect the coast and the port: the Tour du Portalet, the Tour la Vieille, the Tour de Suffren, now lost, and the Tour Jarlier.

The Tour du Portalet and the Tour la Vieille, or Old Tower, look right out over the sea and are situated on either side of a cove called La Glaye, watching the entrance to the town from the Mediterranean. These two towers date from the 15th century and are situated in the historical fishermen quarter of La Ponche.

The last tower, and the most central one, is to be found on Rue Jarlier. This structure, built a little later than the others, dates from the 16th century. It confers a tranquillity and charm upon a street which is of considerable architectural interest.

The Tour Suffren bore the name of the ancient lords of Saint Tropez. Even if the tower is now lost, you can see the castle which they turned into their family home in the 18th century, in Saint Tropez's main square. It cannot be visited, but you can see its imposing stone exterior.